Tower Hamlets Council has stepped up its commitment to make the borough an anti-racist place to live and work by asking organisations in east London, including Barts Health NHS Trust, to pledge their support to make it a reality by 2025.

This time a year ago we were deeply saddened and outraged by the death of George Floyd. As a trust, we stood together to commit to making significant progress to tackle racism and inequalities. We still have a way to go, but we have taken some positive steps forward to create a place where WeBelong.

Today (25 May), on the anniversary of George Floyd’s death, as part of our ongoing commitment we are pledging our support to London Borough of Tower Hamlets, to do our part in helping Tower Hamlets become an anti-racist borough by 2025.

Mayor John Biggs was joined by The Royal London and Mile End’s inclusion executive Ruksana Khatun and director of strategy Helen Byrne, as well as the East London Business Alliance, London Muslim Centre, No Place for Hate forum and Tower Hamlets Community Volunteer Centre at the Town Hall to share ideas on how to achieve an anti-racist workplace.

Mayor Biggs said: “The shocking killing of George Floyd at the hands of police in the United States has led to a worldwide movement for change. We must take action to ensure we're all playing our part to fight racism, tackle injustice and press for a fairer society. I’m delighted to be signing this on behalf of Tower Hamlets Council.

"We have made it our priority to be an anti-racist borough by 2025 and want as many of our partners to join us, lead by example and rid our community of racism.”

The pledge will be signed on behalf of both Barts Health and The Royal London Hospital.

Jackie Sullivan, chief executive at The Royal London and Mile End hospitals said: “Everyone has the right to feel respected, valued and safe. Joining borough partners with a shared promise to take action against racism is a step forward in creating a truly inclusive community, and I would like to thank Mayor Biggs for leading this initiative.

“As a hospital we are committed to delivering equitable care and play a key role in improving health outcomes in Tower Hamlets and beyond.”

Alwen Williams, group chief executive at Barts Health said: “On behalf of our leaders I’d like to say unequivocally that Barts Health does not tolerate racism and inequality. We stand by our black, Asian and minority ethnic communities and colleagues and are committed to taking action to become a fully inclusive organisation.” 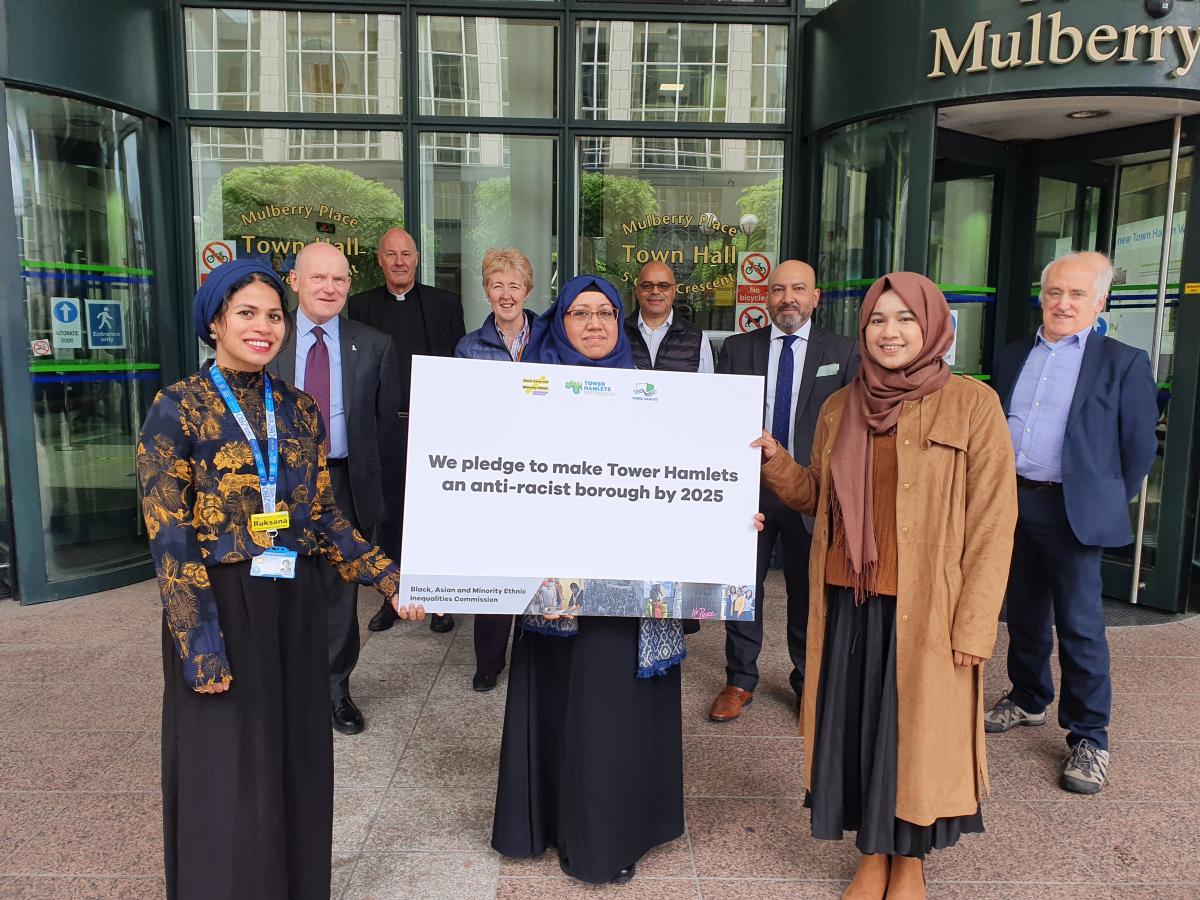